(Please note: this post is almost over a year old. I simply forgot to publish it until now. It may still feel incomplete but it’s a waste not to publish it.)

Inspired by the Shipping Meme on Twitter (plus Tales Style) I really wanted to do a Corda3 version of the Meme, moreover since I also had in mind to write down my favorite Corda3 ship for each game. 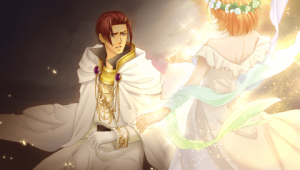 Myouga Leiji / Kohinata Kanade
The CG pretty much explains the reason why I am in love with the pairing. I can’t help it – I even joke around that those two are canon! Both of them (together) are essential for the plot in Corda3. Heck, without them there wouldn’t be a story to begin with.

I’d like to think of them as “connected by fate” (and the golden string *hints at the name Kiniro no Corda*). Even Leiji himself calls Kanada “ore no unmei no onna” in the special epilogue (while he assumes she is asleep… cooooward~)

I sure enjoyed the hate/love relationship from Leiji. Yep, he hates Kanade’s guts at the beginning of the game(s). He really, really hates her. Everything is linked to the incident 7 years ago, when Leiji and Kanade first met. But Leiji grows and changes during the interactions of Corda3. The slight difference in voice when he talks to Kanade near the ending compared to the beginning of the games gets me every time (I love such details).

(Kiniro no Corda 3 styled drinking game: take a shot whenever Leiji addresses Kanade as “Kisama!” and/or with her full name.) 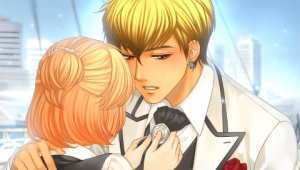 Tougane Chiaki / Kohinata Kanade
Why hello second Corda3 OTP. On that note: it really is true. My favorite guys are either
– the older (teacher) type
– the asshole type
– the arrogant type

But damn, Chiaki has every right to be high and mighty. He got the talent, the looks and his own fanclub. What really made me fall in love with Chiaki was that even with his unshakable confidence he knows when he has lost a battle and accepts it. Or on another note when he talks big first but actually grows embarrassed afterwards. In the main game he gets Kanade to promise him a victory kiss if he wins the solo competition – which he does. However Chiaki didn’t think much of it until she actually kisses him (on the cheek). His reaction? “… Baka ////”

For all his confidence and whatnot it was pretty hilarious to see how Chiaki can’t stand his ground against Kanade. In the second/alternative route (feat. Jinnan) Chiaki and his childhood friend got into a fight and were just this close to make up, but Chiaki was dragging out the confrontation. Kanade grows mad and stands in Chiaki’s way and makes him reconcile with his childhood friend right now and there. Said childhood friend (Yuki, main character from feat. Shiseikan) can’t help but laugh at them .

Speaking of the solo competition, which is actually a competition between Chiaki and Leiji… those two just have to be rivals! xD I mean… 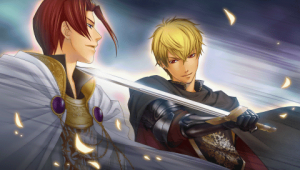 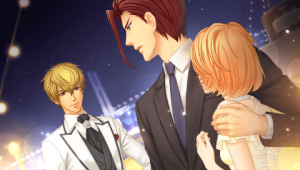 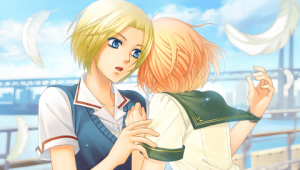 Mizushima Haruto / Kohinata Kanade
Well, surprise surprise. When I first played feat. Shiseikan I was pretty sure Hozomi would be my favorite guy. Well, it could have been until I’ve did Haru’s route.

Kiniro no Corda is by now one of the only games which made me fall in love with the “younger than heroine” characters. Haru is serious, hardworking and always polite. He even scolded his own classmates (in the main game) when they didn’t address Kanade as their senpai. His charm in feat. Shiseikan is pretty much his over-protectiveness. Now, he wasn’t overprotective in the creepy/stalker kind of way (I’d love to his this too, however), but rather in a cute way:

Under the imagination that members of the rivaled Shiseikan Band Brass Club plan to get Kanade back (to Haru’s defense: one of the members did say “You’ll pay for this!”), Haru takes notice of said members in Yokohama – very much to his surprise because they didn’t qualify for the competition. Soon after that, while Kanade practices in a park, Haru observes one of the members stalking her. He grow wary and tells Kanade to be careful (vaguely, he doesn’t wish to worry her). However he emphasizes that she should tell him whenever she is in Yokohama. The shining knight in armor, as Nia would call him (again).

What comes next is a rather natural (and pure) development of feelings. My favorite part is near the ending when the misunderstanding with the Band Brass Club was solved (they actually cheered for Kanade and Co. lol). With no reason left so stay close to Kanade, Haru parts way with her. However he feels empty. Something is missing and it just doesn’t feel right. He can’t help himself and picks up Kanade after practice just like he is used to. He feels conflicted because he wants to stay close to Kanade but has no reason to anymore. 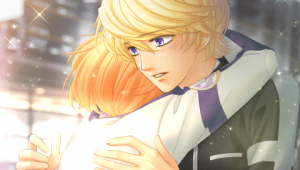 Amamiya Sei / Kohinata Kanade
Double surprise! Yep, I can’t believe it myself. I was pretty sure Leiji/Kanade would top my pairing list in feat. Amane too. And I loved the route, really. BUT–! Amamiya’s route in feat. Amane – no, just one single scene in said route – turned the tables completely.

Amamiya is by far not one of my favorite characters. I don’t hate him but I am surely not obsessed with him. Out of the feat. Amane (Yokohama) guys he is “only” my number-two choice.

Amamiya, a boy who doesn’t know what love really, which also shows in his way of playing the piano. He is downright clueless about anything related to love. Not in a clumsy way, but he is rather distant and somewhat emotionless.
This boy, this clueless silly boy, is seen almost desperately crying and praying to whatever god answers his prayer, wishing nothing more but for Kanade to not hate him. (Okay Amamiya, dick move. You are the one who transfers to Hakodate – even if it’s against your will – and you don’t tell Kanade anything.) To be honest I saw a bit of myself in Amamiya. He doesn’t speak up that he truly doesn’t want to transfer schools until it is almost too late. On one hand he was conflicted because he wasn’t able understand all those feelings while on the other hand (which is my personal opinion) it was difficult for him to refuse Alexei, his parent figure and mentor (I don’t want to call him his father. I just… don’t). 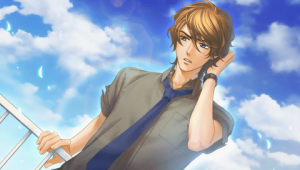 Sakaki Daichi / Kohinata Kanade
You.Goddamn.Flirt! xD His route in Kiniro no Corda 3 was funny as hell (aaand a bit frustrating. Because of THAT GUY /o/ /flips table).

Daichi actually shares the same boat as Amamiya (as in “I don’t hate but don’t fuss over him”). I like him as a side character, but that’s it. Nevertheless I enjoyed his route very much to my surprise.

He likes to tease Kanade in the beginning, especially with his flirty behavior (much to Kyoya’s dismay. Someone get the watchdog a muzzle, please xD). Flirting aside it’s crystal clear that Daichi only sees Kanade as a junior classmate (younger sister at best). So what changes his feelings? Honest, I’m not sure either. The transition is almost not visible but my best guess is that Kanade earned Daichi’s respect during the (iirc) semi-final. Daichi doesn’t mince matters and tells Kanade “it’s impossible for you to be the 1st violin” (WTH CHALLENGE ACCEPTED >:|). Well, look who has changed his mind after Kanade successfully pulls of the Semi-Final as the 1st violin. Yes, because now Kanade is their () Goddess of Victory. Sure Daichi, sure.

So yeah, he underestimated our dear heroine pretty much. But it doesn’t end here. Daichi earned the title “cock blocker”. Not once, but twice.

One day Kanade receives a love letter from one of Daichi’s classmates. She meets up with that guy (who was too afraid and brought a friend along, duuuude) on the rooftop. Things don’t go as planned. Kanade doesn’t get a chance to speak up because no way in hell will this guy accept defeat. Time for our hero Daichi to save the day. He interrupts his classmates just.like.that and tells them off. There is no way that someone gets “their” precious 1st violin – hell, the final is up, what are those bloody idiots thinking asking the precious 1st violinist out?
— Daichi, for gods sake, man up. “Precious 1st violin” my ass, you are just jealous! Same shit different day just a few days later. Kanade and Daichi are helping out at the shrine of Haru’s grandparents, both of them selling charms iirc. Anyway…

He basically keeps all (suspicious) guys away from her. Reminds me of a certain watchdog, to be honest.

This scene actually irked me. Yes, Daichi didn’t flirt as much with those girls as he used to, but he did to some extent. However Kanade wasn’t even allowed to interact with the opposite gender in any way (in Daichi’s eyes because he couldn’t take care of all dudes by himself).

Still, I can’t say mad at him. Just listening to his voice puts a smile on my face and alone for this he has earned a special place in my heart.

Hello and welcome to CruxisLyrica's blog! The place on the internet where I occasionally dump my fanwork.

Feel free to look around ❤